Tychy is a relatively young city, which obtained its city charter in 1934. Nonetheless, it can delight and make surprise with its unusual structures. 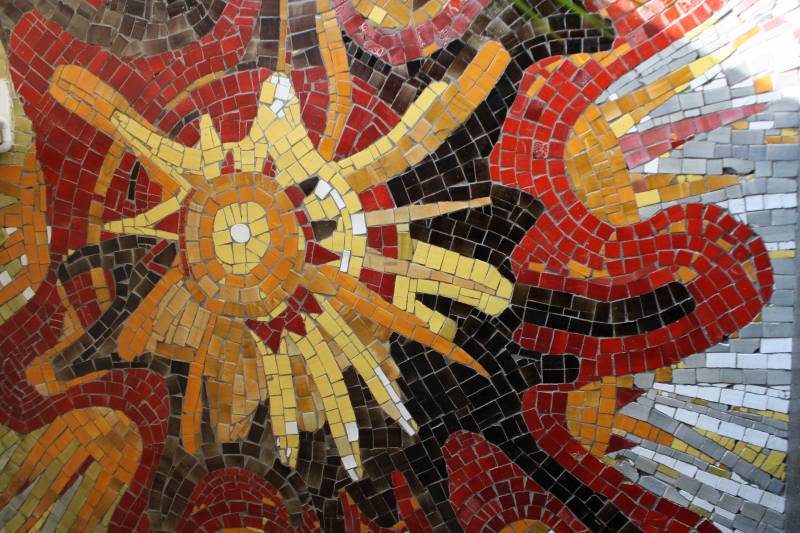 From socialist realism to postmodernism

The city was extended after the war - its housing estates were designed by outstanding architects, who implemented new technological and structural solutions. Tychy is worth visiting as the textbook example of post-war architecture development.

Along the 'From Socialist Realism to Postmodernism' Unique NEW Tychy urban route you can familiarise with the post-war architectural concepts, changing over years. More about the route: www.unikatowetychy.

Attics, arcades, colonnades, i.e. the so-called historicising architectural details, constitute characteristic features of the Housing Estate A. Its building development serves as the example of architectural socio-realistic thought for working class. Today it is a class in itself.

The housing estate A

The Prince's Brewery in Tychy

Tychy boasts the oldest brewery producing the best beer in Poland since the 17th century. The Prince's Brewery in Tychy invites you not only for beer tasting, but also to explore its historical edifice. Location: Katowicka Street 9.

The Civic Brewery, founded in 1895, is a beautiful industrial building from the end of the 19th century, recorded in the Silesian Industrial Monuments Route - today a centre for business, entertainment and culture is being created there. Location: Browarowa Street 7.

Church of the Holy Spirit 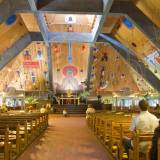 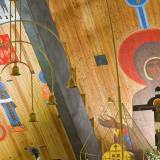 Mosaics of Tychy were made in the 1960s and 1970s, mainly on the elevations of public utility buildings. Along the Mosaics of Tychy route you can find the works of Franciszek Wyleżuch, Stanisław Kluska, Janusz Włodarczyk, Leon Swadźba. These colourful compositions revive urban space and constitute a characteristic element of the urban area of Tychy.

The Water Playground on Paprocany

The Water Playground in Tychy ensures splendid leisure in water for whole families. It is opened in summer, during the holiday period. The plays in the playground is an alternative to swimming in the Paprocany Lake. Its designers ingeniously integrated the structure in the surroundings - the designs provided for the location of the lake, growing trees and hills. The Water Playground presents itself perfectly in the urban architecture, attracts with its intensive colours and diversity of showers - you can find fountains, water rainbow and water-sprinkling flowers there. The Playground has a special zone intended for small children, with toys that sprinkle water more gently. The floor in the basin safe for children was adjusted to water toys, forming the image referring to circles on water. Special, damp-proof chairs made of exotic wood were fixed near the playground. At night, the playground changes into a colourful, backlit fountain, additionally attracting the residents to evening walks in Paprocany. The Water Playground was well appreciated in 2012, among others, by the American portal „Flavorwire". The Water Playground was rated as one of the most unusual playgrounds in the world, immediately after 15 playgrounds, e.g. in Sweden, Japan, Germany, France, Spain or China. You can find them there. Location: Parkowa Street 17.
Nasza witryna wykorzystuje pliki cookies, m.in. w celach statystycznych. Jeżeli nie chcesz, by były one zapisywane na Twoim dysku zmień ustawienia swojej przeglądarki. Dowiedz się w jaki sposób przetwarzamy Twoje dane osobowe w Urzędzie Miasta Tychy oraz jakie masz związane z tym prawa. WEJDŹ » ×